Search results for the tag «Беларусь» 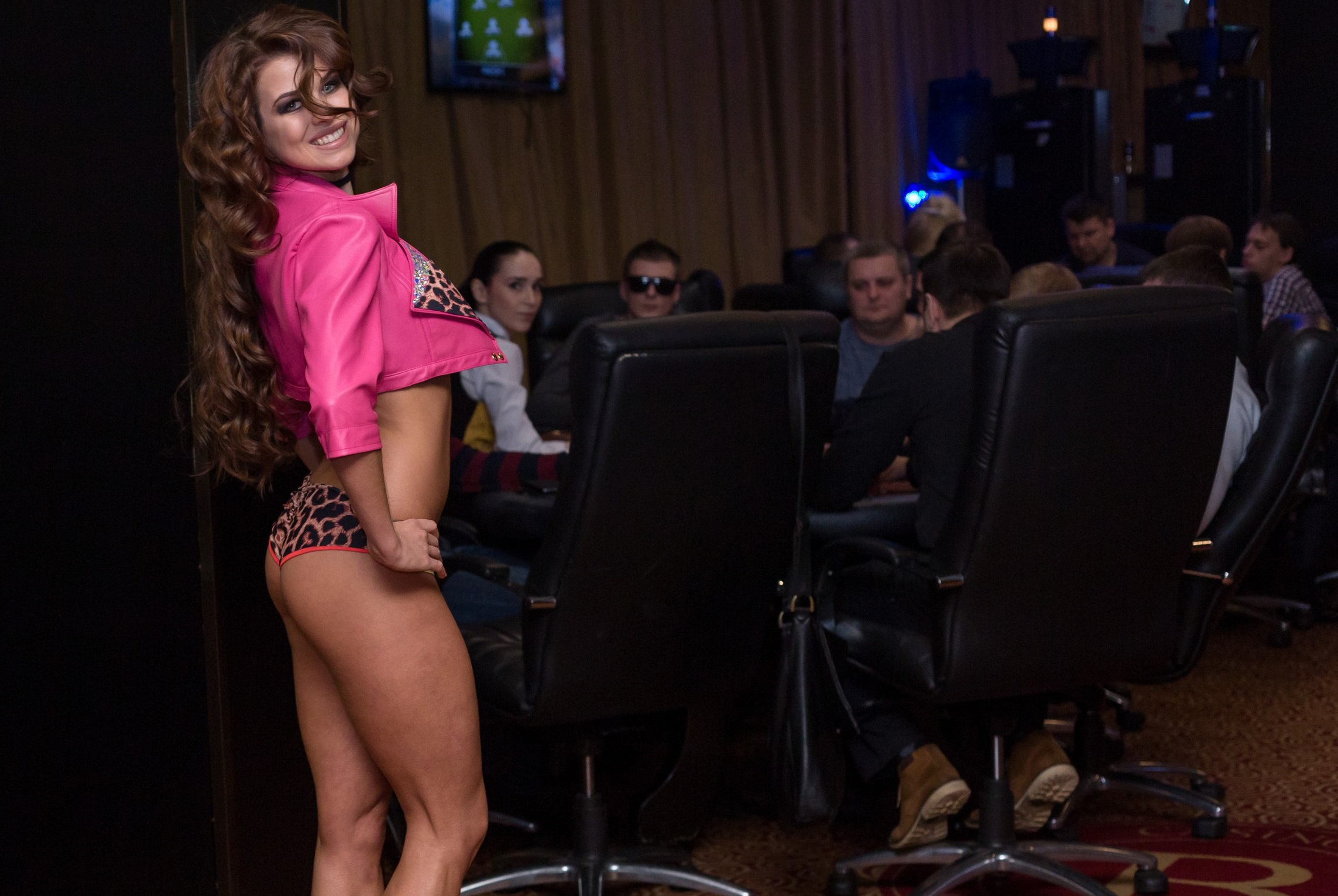 On the first day of December 2016 one of the best poker clubs of Belarus changed its name to Zett and now it is situated almost in the center of the capital in entertainment complex “Belaya Vezha”. In January 2017, the renovated club will host cash festival within Belarus Poker Tour

For some weird reason, the first thing that comes to mind when you hear the new name of the club “Zeus” is cult scene from “Pulp Fiction”:

Next »
Poker club “Zeus” invites everyone to the cash festival on November, 4-13

Belarus Poker Tour ready for launch on November, 4-13 2016. Minsk will become the capital of poker for 10 days. As always, the partner of the series –“Zeus” poker club, will organize cash games.

For many years, poker and Minsk go along. Nowadays it is not necessary to wait for another series to enjoy the spirit of the competition and victory. “Zeus” poker club is always ready to offer the best cash games in Minsk.

The issue with the tips (how much and when should we tip? Should we tip at all?) exist in all the countries with poker clubs. The major part of the problem is that the decision is up to the players. From one side, one doesn’t want to seem unthankful chipshot, but from the other side tips can negate all the profit, especially at the lower stakes.

To tip or not to tip – that is up to every individual. It is common to leave 10% of the bill to the waiters in restaurants. This is too much in terms of poker. However, in Japan, for instance, tips aren’t habitual and the level of service is always top. Should you try to handle the Japanese waiter the tip – in most cases – he politely won’t take it.

Next »
What to expect from WSOP this year

World Series 2016 starts in the very end of May. The biggest poker event of the year traditionally attracts thousands of players from the entire planet including the most experienced regulars. Get to know what organizers prepared this year.

So WSOP 2016 begins May, 31, and the address is still Rio All-Suite Hotel & Casino in Las Vegas. Satellites, bracelet tournaments (total number of 69) and cash games will be played 50 days is a row.

One of the main tournaments begins right from the start. The first open event is $565 Colossus II, which had 22,374 registrations last year. Now it’s even bigger with increased prize fund of $7 million in comparison with $5 million last year and guaranteed $1,000,000 to the winner.

We’re expecting a new record on number of players in a live tournament this year.

Next »
Kazakhstan and Azerbaijan highlighted at EPT Grand Final

EPT Monte Carlo €50,000 Super High Roller winner is Fabian Quoss. Or should we say two Germans: Quoss and Schemion who made a deal before heads-up. 3rd and 4th place owners are much more interesting. Aidyn Auyezkanov of Kazakhstan and Murad Akhundov of Azerbaijan took these places respectively.

The final stage of 12th season of European Poker Tour took place in Monaco. Both super highroller tournaments with €50k and €100k are finished, Main Event is under way. The most expensive events have a nice list of final table participants. New faces aren’t rare here,

This year Polish/Belarussian Dzmitry Urbanovich will play at World Series. Russian-speaking superstar came out of nowhere and has all the chances to rewrite poker history once again. Dima already has EPT record and earned almost $5,000,000 in live tournaments last year.

Imagine some “Garbarnia” (football club from Poland) come to the final of ‎UEFA Champions League to win Barcelona FC for example. Or some unknown young Polish boxer winning Floyd Mayweather by KO in the first round.

This is what Dzmitry Urbanovich did in the world of poker. And he is just 20 years old.

Next »
Poker potential of Eastern Europe

Next »
WSOPC Tbilisi: an Exclusive Service For PokerDiscover Players

On March, 3-9 in The Sports Palace of capital of Georgia, in the very heart of the city, a grand event will take place: World Series of Poker makes a first stop in Eastern Europe! PokerDiscover team made a special service package for our players and subscribers who decided to visit series.

WSOP took a step on lands of Eastern Europe for the first time in its history. This stage will go down in history. The most famous tournament series in the world took with itself not just many years of experience of such competition but $700,000 in guaranteed prize money, which is spread between twenty something events.

World Series tournaments have a different structure and many peculiarities. One of which is WSOP Circuit branded rings distribution with seven of the tournaments where you can win one at the Georgian stage.  This is some sort of equivalent to WSOP Golden Bracelets but on a smaller scale.

WSOPC Tbilisi Main Event with $1,100 buy-in champion and the best player of the series will go to Las Vegas to participate in the biggest event of the whole season – WSOP Global Casino Championship with $1,000,000 guaranteed.

The first stage of WSOP Circuit in Georgia with guaranteed prize pool of $700,000 scheduled to the beginning of March could have become a disaster or a tournament with gigantic overlays at least. Turned out that all the tournament winnings will be paid without 20% of income tax!..

First info about this enormous tax came from Adjarabet representative in the evening of January, 29th:

“The situation with taxes is the following – 20% of income tax will be taken from those prize money owners during the payout”.

“It is required by Georgia law. We don’t take commission on this prize fund, like 3% to the stuff or anything else”

A real tropic storm started momentarily. Players were threatening with their fists and were telling they have given the tickets back or going to do that; they were telling all the reservations were cancelled and this entire situation looks like racketeering and stealing from them in the middle of the day.

People make lots of prop bets on winning a WSOP bracelet or multiple bracelets annually. Many of those bets remain out of public sight but some blow the general public’s minds. This one is a bet of latter category. Vanessa Selbst made a prop bet on $2 million for Dzmitry Urbanovich not being able to win three bracelets this summer!

The most interesting part of this prop bet is odds: 200 to 1. Urbanovich risks just $10,000! This is 0.5% of the sum the American puts in risk. In other words, had he been able to win three bracelets he’ll receive two million dollars.

That is in theory.

It is not very obvious in practice. Let’s figure can a professional player pull that trick.

In previous March Russian speaking player won four events at EPT Malta, including $25,000 High Roller. Those tournaments weren’t major – mainly with under a hundred participants. And there were less of them in comparison with World Series.

Extrapolation is a friend of statistician, economist, marketer and any other person who works with huge amounts of data. They are no numbers relevant to poker. Poker stands alone. And sometimes logic behind its development is very hard to get.

Extrapolation can be used to make a forecast of some events or trends. Everything is very chaotic in poker to make some scientific conclusions, however it is very interesting to speak about it.

We’ve already defined the best poker players of 2015, told of the most important events of 2015, it’s time to look into the future.

The world has changed. It is in human nature that he can’t see everything with an untired eye. There are always tons of factors separating him from the right conclusions. The oil is becoming cheaper with each and every day despite many countries were trying to make the most of it by selling and selling it over the years.

One just can’t change the way of thinking he got through the years momentarily.

Next »
Chinese poker in Prague: Russians were unequaled!!!

Opening tournament was the little one. 108 players took part in it. There were lots of recognizable names but the prize money weren’t that big.

As you can see, there is no Russians among those names.

€10,000 High Roller was much more interesting. There were two Russians in the heads-up: Maxim Panyak and Evgeny Kocherov!

Next »
Minsk – the new poker capital of Eastern Europe?

Following the fifth stage of Belarus Poker Tour which has started in Minsk, one of the main events of Russian Poker Tour is also going to have a going here. If everything goes well (and we truly believe everything’s going to be that way), Minsk is going to be assigned to a new status of poker oasis of CIS.

Recently discovered flaws of Live Events series is putting in doubt some words and actions of some tournament directors who used to have crystal reputation in poker community not causing any reproaches.

In particular, reputation of Mike Peltekci took a blow. He was not just the head of Live Events, but directed some other poker tours that were popular in CIS.

Next »
EPT Monaco, Part 1: Belarusians, Urbanovich and lots of money

While Main Event in Monte Carlo is just getting started (starting days are over), super high roller have already finished their draught. Tournaments with buy-ins of €100,000 and €50,000 have already been played. And famous Belarusian online Players were on the stage in both of them.

Let’s start with the stage itself. Finishing stage of the 11th season of European Poker Tour is in Monaco till 8th of May. 78 tournaments are scheduled! This is one of the biggest poker fests in history (if not the biggest) when we are speaking about the number of tournaments.

The main stage is occupied by the most expensive tournaments - Super High Roller and Main Event with €10,600 buy-in.

Today we are speaking about big boys.