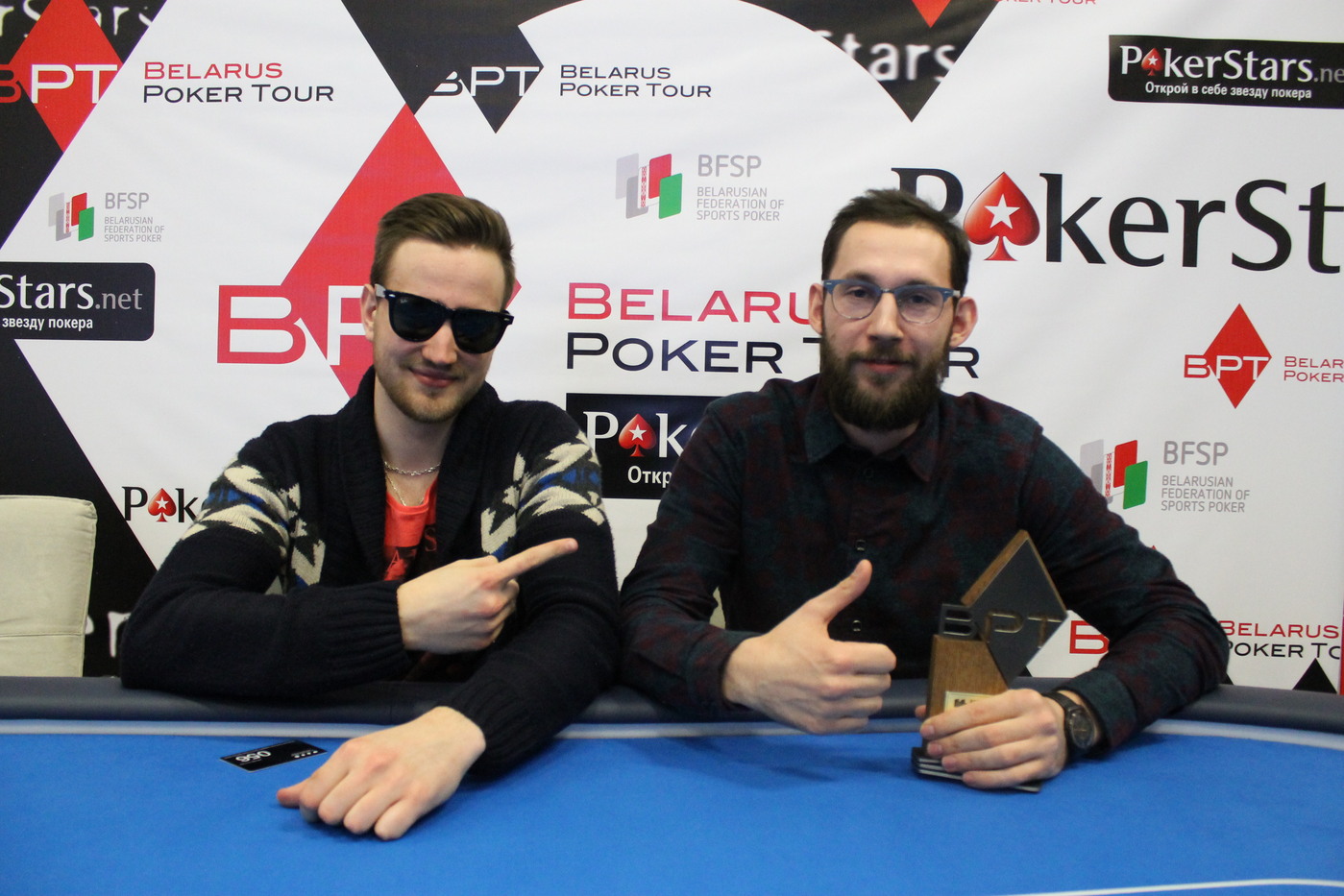 The second official Belarus Poker Tour event has ended just a few days ago, with the Belarussian Poker Championship being the preceding evolutionary step. Despite the unstable economic conditions in the country, the series was a success.

Last summer Belarussian championship rose up to a new level: for the first time the series was taking place 11 days in a row. Internationally recognized tournament standard has got accustomed on the Belarussian land and become an official one.

In November 2014 the first stage of Belarus Poker Tour took place in Minsk. At the Main event 201 players took part (they brought in 241 buy-ins), the victory was celebrated by Dmitriy Sudibor. 25 people took prize places; the total of prize money was $68,000.

And it was pretty good, but there was a room for something bigger, something more “like in Europe”.

Well, after the January stage of BPT sponsors raised the standards even higher!

It was decided not to raise buy-ins of series, and that’s the reason why we can easily name the ended stage as “antirecession” one. On the contrary:

In general there were lots of features added for players’ convenience. And these efforts were not in vain. While the Belarussian and Russian ruble rates jump feverishly, people play poker in Minsk.

Keeping in mind the specifics of Belarussian law and traditions of holding the poker events the information about the events results is not widespread. Many participants don’t want their winnings to go public for variety of reasons.

But they’d better reveal it. From the point of view of poker development it is necessary. Though, some pieces of data can still be found.

At the high roller tournament with $400 buy-in Natan Chauskin gained a victory.

Soon afterwards super high rollers appeared on the stage, there were a little bit more than a dozen of them, two partially filled tables. Sergey Vladimirov beat all the opponents and won a title.

And the most important tournament was, no doubt, Main Event. 252 buy-ins were registered, up 11 more, than at the first stage. 109 players managed to get to the second day, and the Finals looked as follows:

The first place was taken by Russian Anton Makerov, who entered the Finals with the third stack.

And a little bit more about the results. The Omaha tournament was won by Andrey Krylov from Mogilev,

and Double Turbo DSS was carried out by Nikolai Evdokimov.

As it was already mentioned, the series was a success. The majority of players were satisfied. But, of course, there were complaints, too. Some people lamented the lack of dealer’s professionalism, some of players compared the amount of the accommodation costs with buy-ins (they said it was unprofitable), others were asking to reduce the tax base, to add more side events, re-entry to all tournaments and etc.

There’s really lots of work to do. But players should also understand under what conditions Belarus Poker Tour works. The profit is not very high, the possibilities are limited – tournament rake can’t be too inflated.

In general, for the current situation it all went extremely well. And we congratulate the sponsors with that.