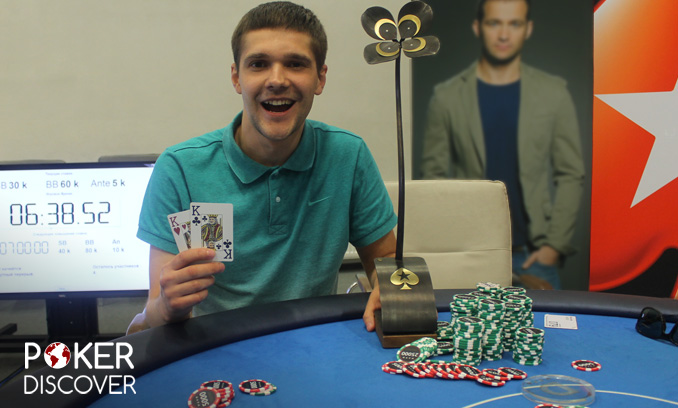 With Belarus Sports Poker Championship started actually the whole Belarusian poker. During this time, a whole generation of professional players was born, and nowadays they are playing for their country in the international arena.

In mid-April of 2009 the Belarusian Federation of Sports Poker was created, and just in five days, the 1st Belarus Sports Poker Championship was announced.

It is with this massive tournament, which is still called a national one, that started "live" poker in Belarus.

The Union of Poker Power

The first championship was attended by nearly 900 people from across the country and abroad. And it's a lot. Subsequently – btw, six championships have already been held – the number of players has only been growing. In total, the Sports Poker Federation of Belarus has brought together several thousand people who now regularly compete in local and international tournaments.

In the next six years of the championship the Belarusian stars such as Markushevski Vadim Vadim Kursevich Vasily Firsov Oleg Plavsky have played at the game tables in Belarus. Of course, the Russian professionals also took part - Ivan Demidov, Alexander Kravchenko, etc. Still, the official partner of Belarus Poker Championship has been PokerStars, and not for one year.

From the very beginning, the Championship of Belarus took extremely profitable niche: low buy-ins and excellent service. Over five seasons the Championship format has not changed: tournaments were held only on the weekends during a month. For local players it was very comfortable, but foreigners, including players from Russia and the Ukraine could not stay in Belarus for such a long time.

The sixth and last series, which ended just in July 2014, brought a new format with it; format, which most professionals are accustomed to – a continuous poker festival, seven days a week without breaks. Now Belarus Poker Championship lasts for 11 days and consists of at least a dozen of events, among them:

The winner of the main tournament championship, in addition to cash compensation, of course, is awarded a special prize – a forged statuette. This year, it was a four-leaf clover.

Future of the Belarusian poker

VI Belarus Open Sports Poker Championship, which has just ended in Minsk, has opened a new page. Now it is a full-fledged international event, not only for the Belarusian players, but also for players from the neighboring countries.

Over 200 people took part in the last main event, the winner was Denis Stoma, who increased his bankroll by $ 12,300. Of course, such sums will not attract eminent High Rollers, but for Belarus it is a big step forward.

In some time Belarus Sports Poker Championship will be one of the main stops in the schedule of most of the players from the CIS.