Tips to Make You Less Predictable at Poker 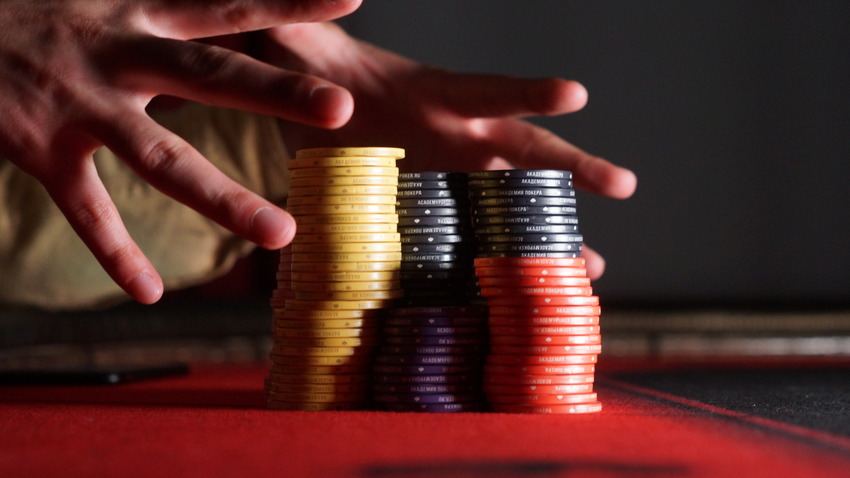 Though a lot of people dismiss card games as ones that rely on luck and not skill, the truth could not be farther from this assumption. In fact, games like Poker are ones that require a great degree of skill, wit, and can be grueling battles of intelligence. Players at the highest level have to rely on the slightest of tells for some of their most important decisions in game. Even at an amateur level, there are ways to make yourself less predictable and give yourself a competitive edge at Poker. In this article, we’ll be taking a look at some of the very ways in which you can do that.

The tilt factor is a common psychological situation that applies to a variety of games, not just Poker. Essentially what happens is that sometimes, you lose a big hand because of pure luck, and this messes with your head, and clouds your thinking process. The key is to stay relaxed and focus on the next hand, as these things happen to everyone, and don’t let occasional losses distract you from your best form. Don’t fall into the trap of trying to make your money back as quick as possible, this can cause you to make the wrong decisions and become more predictable. Just try to look for tells, focus on your next move and shake off the tilt, an un-tilted player is someone that everyone on the Poker table fears. This is something that exists both on offline and online poker, as it’s more of a psychological defect than one that has to do with skill or luck, though mastering your mind not to get tilted is a skill in itself which will definitely benefit you at the poker table.

Raise the Same Amount During the Preflop

The preflop round is the one wherein each player is dealt two cards, and the bets placed in this round are the ones that essentially determine the stake of the entire game. A good strategy during this round is to simply keep raising the same amount in every game. If you raise the same amount regardless of the hand you’ve received, your opponent will be unable to decipher your tactics, and will not have much to go off. Whereas if you raise more when you have a better hand, your opponents will catch on to your tactics soon and begin to exploit that.

A semi-bluff is a bet made in the flop round when a player doesn’t have a big hand, but can still win the hand if they get their opponent to fold, or if they manage to improve their hand in subsequent rounds. In very basic terms, a semi bluff is a simple raise or bet with a draw. It relies heavily on fold equity, which is the value of the amount you win if your opponent chooses to fold. It’s very important to attempt a semi bluff when in position, as this is the best shot you’ll have at saving your hand. The most common thing to do is to bet with a flush draw, or with an open ended straight draw. Keep in mind that a lot of high level players are able to spot semi-bluffs with ease, so this isn’t a sure shot way to victory.

There is no obligation to show your cards when you don’t have to in Poker, yet some players choose to do it anyway, either out of sportsmanship or just in humour. This is never a smart decision if you’re a truly skilled player, as it could give your opponents information about your style of play, and help them gain an advantage over you. Sometimes opponents also aim to imbalance you by telling you to show your cards if they fold, or that it’s worth showing your cards if you’re already winning without a showdown. To be completely sure and invincible, it’s good to just keep your cards to yourself.