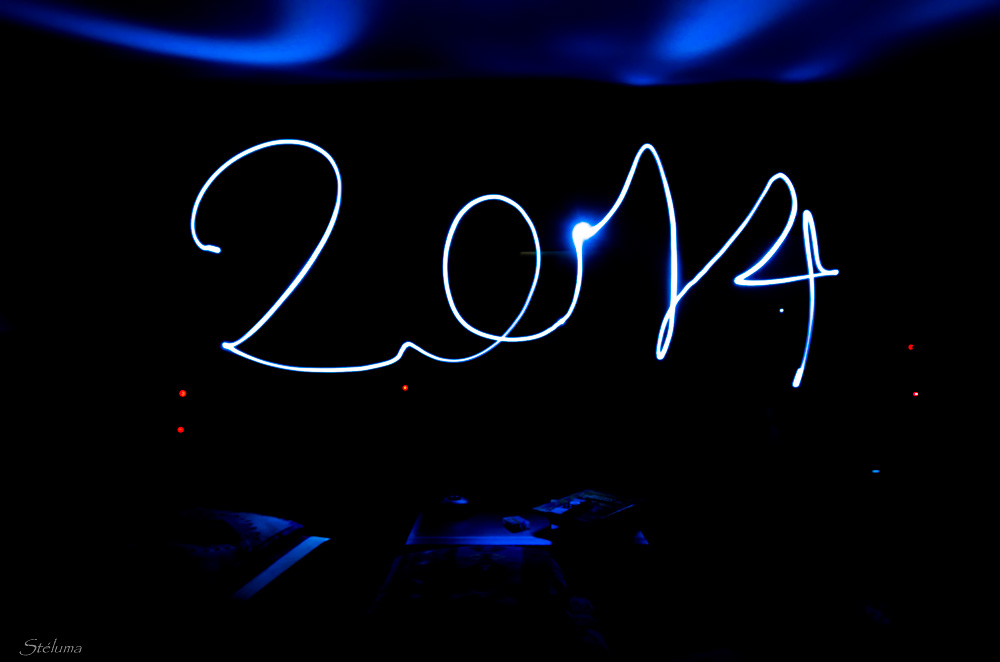 Well, ladies and gentlemen, the New Year is just round the corner and it’s time to sum everything up. We’ll tell you about the most significant events of the leaving year, name the best offline player and the largest distribution in poker.

This year is extremely authentic. It is pretty foolish to say that it has been a better or a worse year than a previous one – it is just special.

It soaked up the large amount of the most interesting events, some of which have brought the whole poker world into the state of shock.

So, near the end of this report try looking for the best player of the year and the most prominent pot, but for now let’s begin with the countdown of the symbolic events: 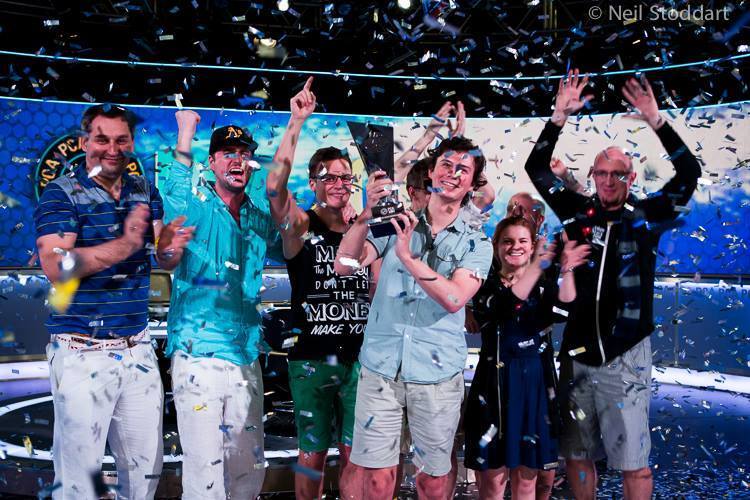 The year, as usual, started with an event of European poker tour in Bahamas – PCA. Embracing 1,031 buy-ins and $10,000,000 prize money it became one of the most significant tournaments of the year.

The main intrigue in the Main Event finals was the Canadian pro Mike McDonald’s entrance in the heads-up against practically unknown Pole Dominik Panka.  The former could have become the first two-time EPT champion in the world history.

Instead, Poland now has its own champion. 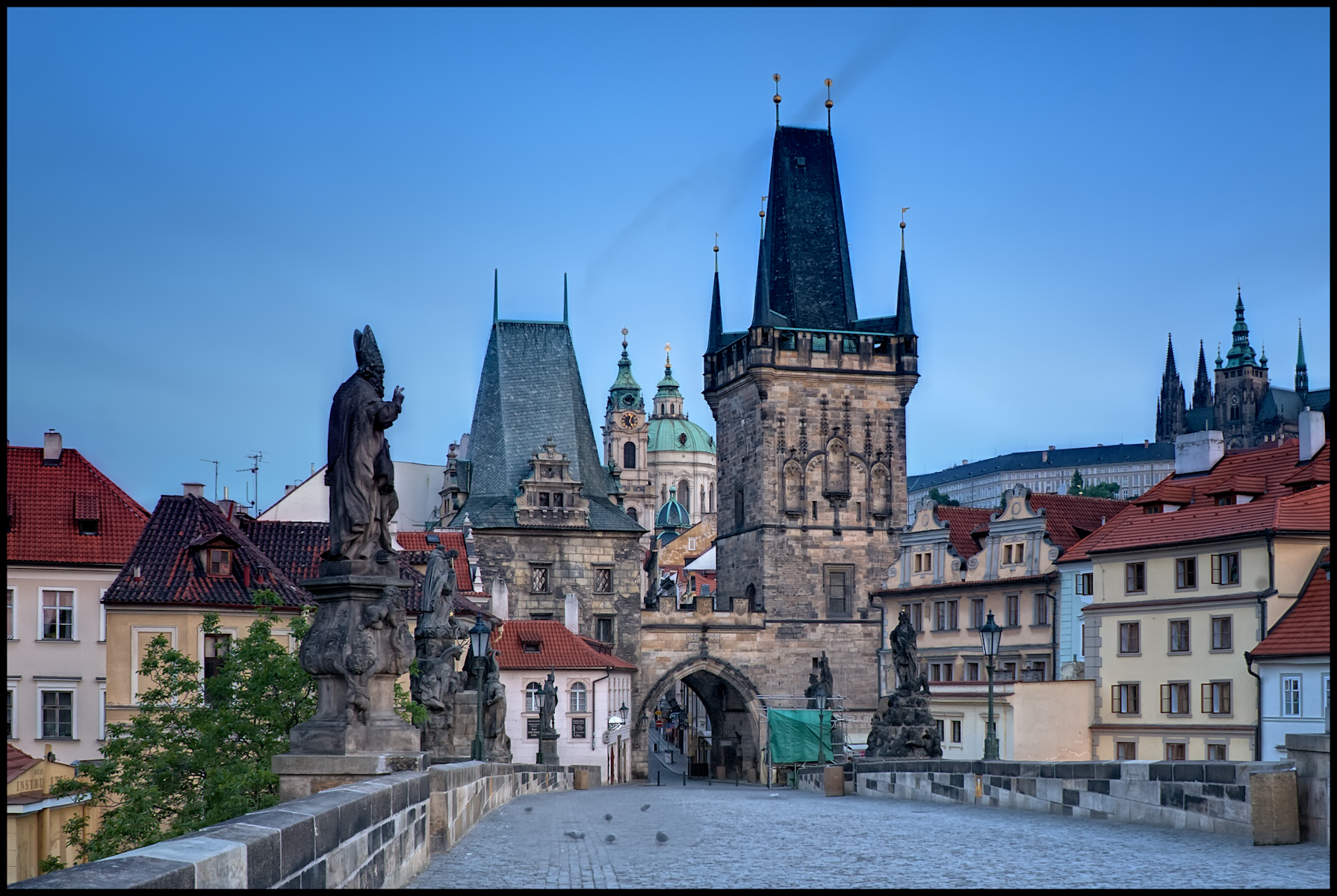 Poker Festival in Czech Republic has recently come to an end, in December to be exact, so we spare you all the details.

We’ll only mention that almost all the records of the number of players in major events were updated, for the first time Prague held super high roller tournament with €50,000 buy-in, and Russians – Leonid Markin and Andrey Zaichenko – won two out of three EPT major events.

Prague Poker Festival has strengthened its positions as one of the most important openings of the year. 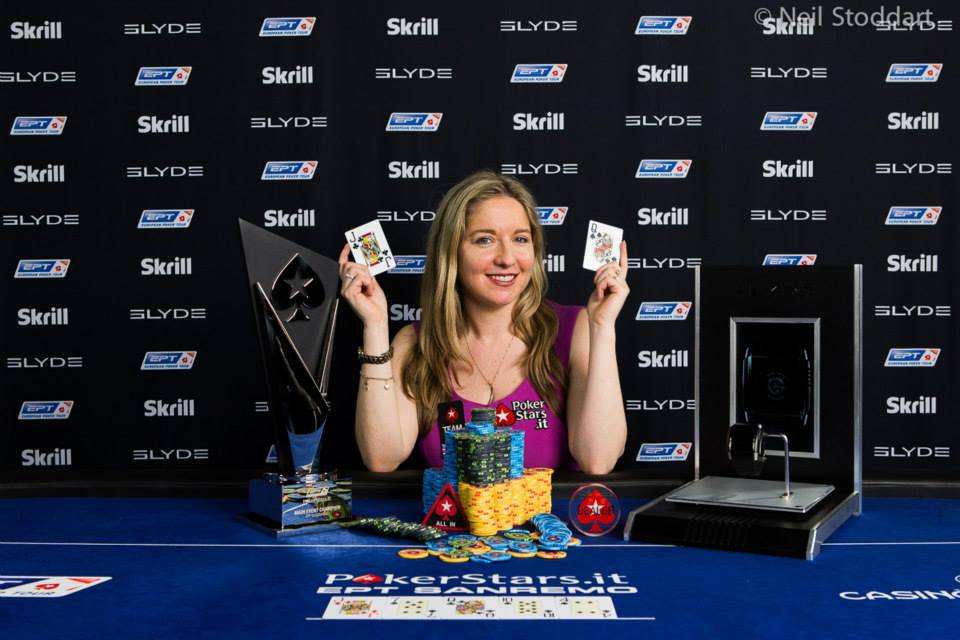 The thing that McDonald didn’t manage to accomplish was done by English journalist, TV-host and poker player Victoria Coren Mitchell. After the winning an April EPT event in San Remo she became the first person who was able to win the Main Event of the series twice.

And what is more surprising: this person is a woman.

Victoria replicated her success in 8 years! 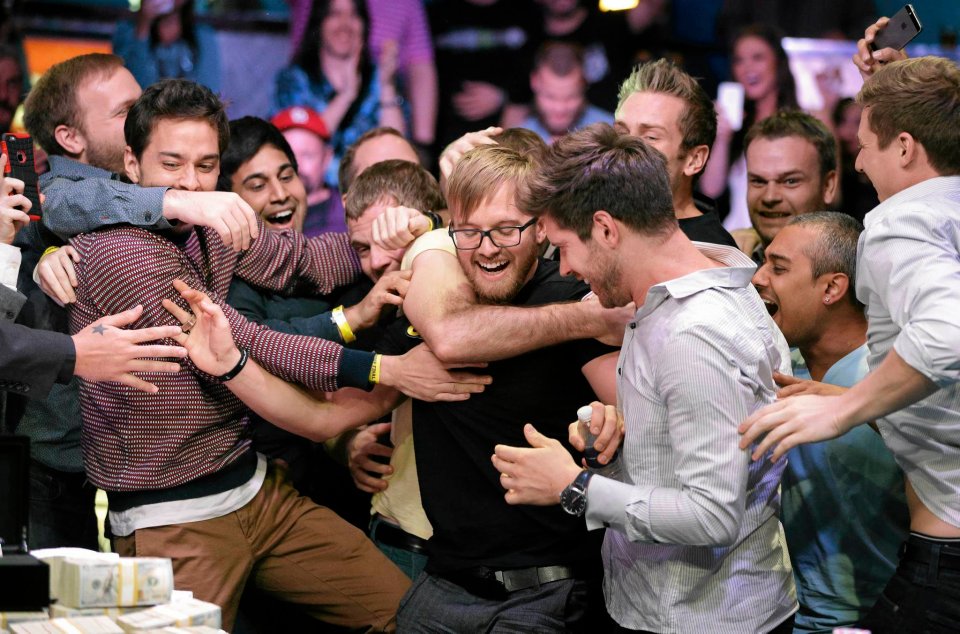 What is a year without World Series champion? This time this title went to Swedish pro-player Martin Jacobson.

He carried out the Finals brilliantly: very carefully, he risked his stack extremely seldom – in general he demonstrated a super high level of playing.

The former chef took 2nd places multiple times in major tournaments, so the fame and honors have finally found their owner.

Well, and the title of the best WSOP 2014 player went to German MTT-specialist George Danzer. This year he won three tournaments of the World Series in a row. 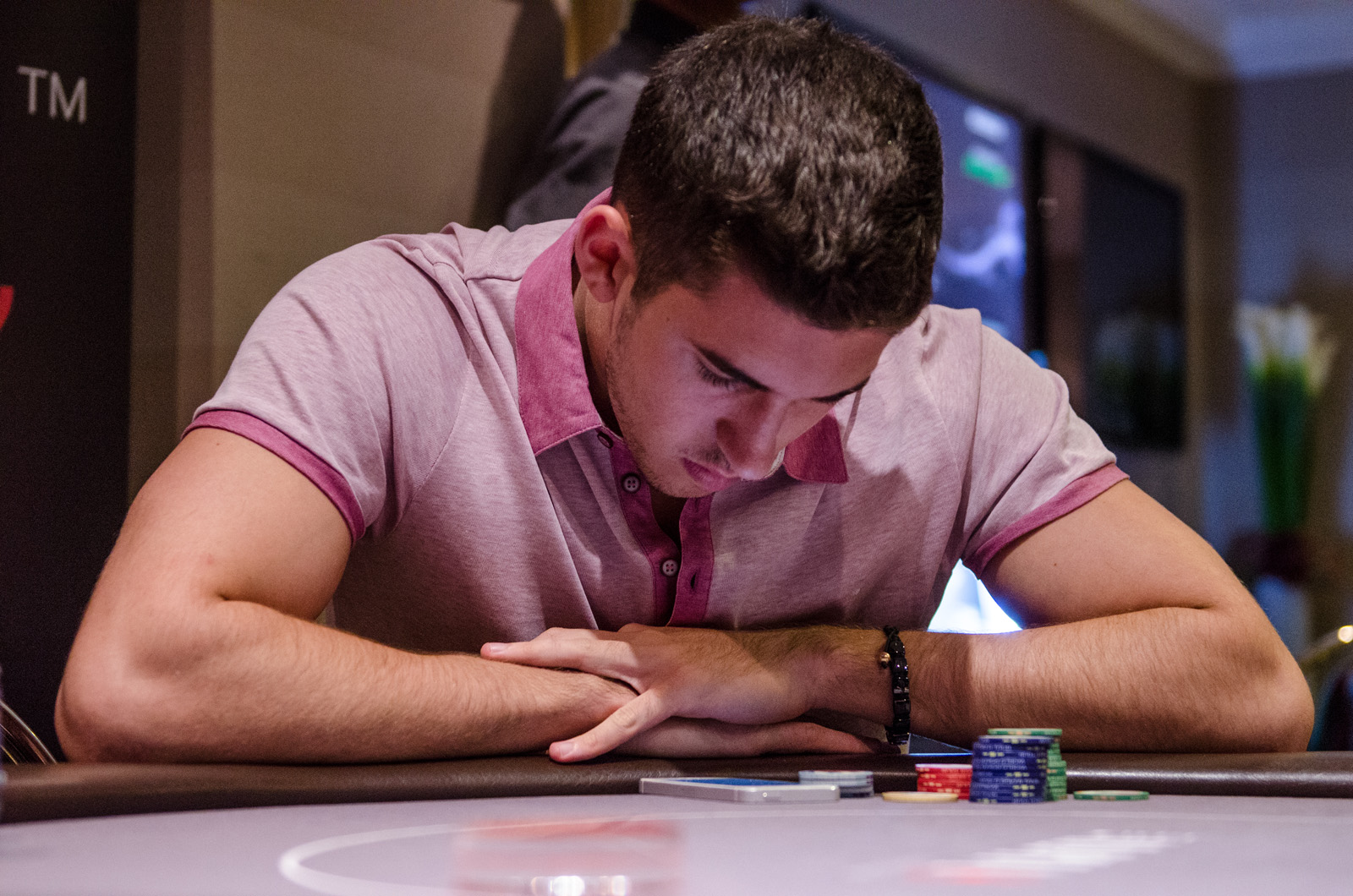 But that’s not the reason of him being so high at the top of our list of the most important events. The winner of such an entertaining event refused point-blank to give an interview and later he ripped into many people in his notorious message on 2+2 blog. Not so long ago Colman had also time to insult Phil Hellmuth, calling him “a whore”.

By his actions Colman has broken or torn slightly the link between poker generations, defining other guidelines, different value system. 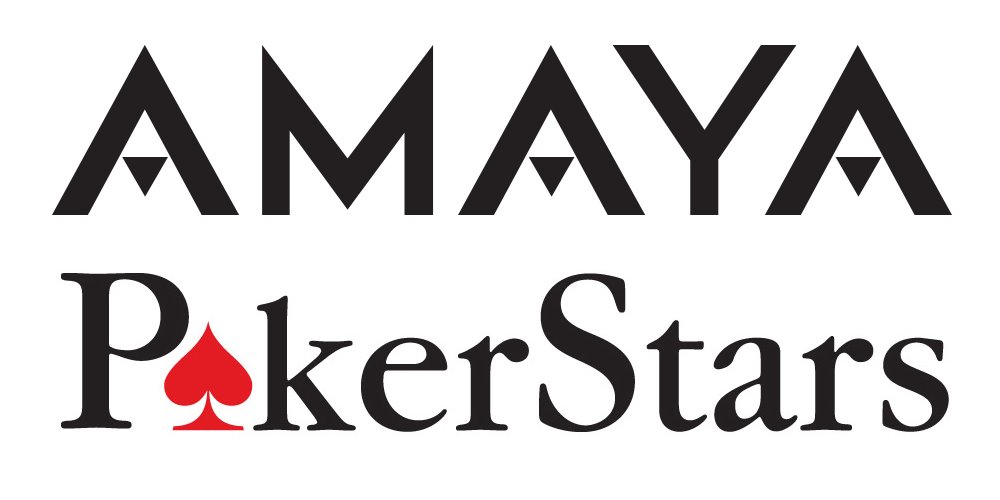 Our report is tuned to offline-wave, but it’s impossible to pass by such an event. Besides, the world’s largest poker room sale will affect all the poker community.

And it already has.

Let us remind you that it has become known in June that by some miracle “a small” Canadian manufacturer of gaming products Amaya Gaming has managed to buy Rational Group’s assets (including PokerStars and Full Tilt).

Up to that moment the annual profit of Amaya wasn’t higher than $36 mn, but it had to buy an organization with money turnover more than $1 bn.

After the long and nervous negotiations billions (!) of borrowed funds were found and the bargain was concluded.

All these “innovations” provoked a vortex of indignation; mass protests were organized, etc. It ended without any result. Amaya continues to stick to its guns up till now.

The best player of the year: Daniel Colman 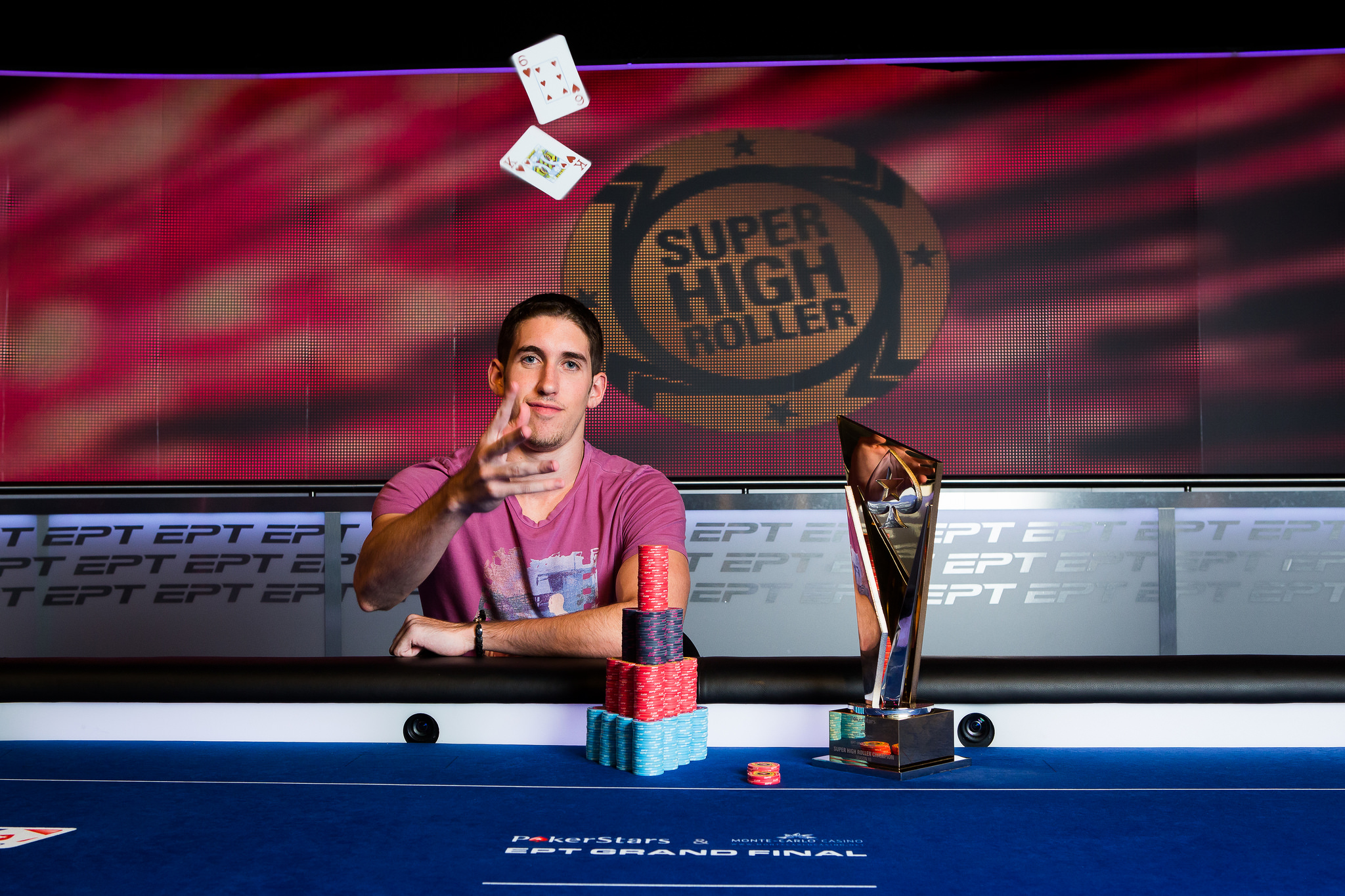 Even the most hardcore players couldn’t help but think “That a boy!” or “This guy has lost his head!”

And this all because Daniel Colman, the $1M Big One For One Drop 2014 winner, has broken loose this year.

The American’s official prize money is $22,389,481 this year! Just think about it! It is not for five years, not for ten, only for one year – starting from the end of April, to be exact!

Here is what Colman won:

And it’s without even mentioning fewer cashes

Runs like this have been unseen by poker world yet. Seriously, it is really mind-blowing.

The topic of online poker can’t be omitted in our story, because it is with the help of keyboards and mice that the millions of dollars are won daily.

Denis «Denoking» Bahonjic and Doug «WCGRider» Polk clashed in the most expensive hand for the last 360 days; both of them specialize in NL Hold’em. 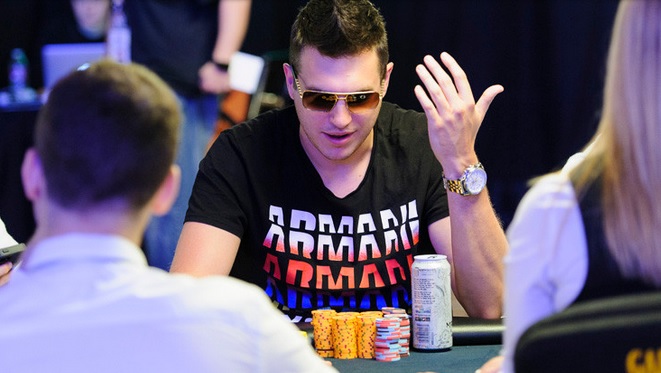 The option “Run it twice” was included:

Then we saw what we are to see in the most cases:

So this year was rough but filled with very intriguing events. Naturally, it was impossible to embrace all the important moments. But still this digest is appropriate enough before the beginning of 2015.